The Southwest Zone of the National Association of Nigerian students has threatened to stage a joint protest with the Academic Staff Union of Universities should the Federal Government refuses to meet their demands.

Addressing a News conference in Ibadan, the leadership of the Students body also accused the federal government of insecurity as well as deficient infrastructure and academic decay in all tertiary institutions in the country. 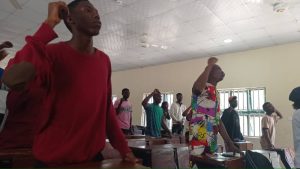 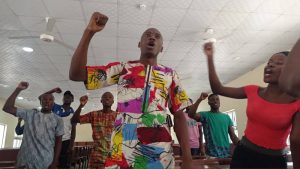 The Southwest coordinator of the association Emmanuel Olatunji who was represented by his Deputy John Alao kicked against the planned move by the federal government to constitute a committee for the renegotiation of the 2009 agreements with the University staff.

They said this is not the first time such negotiations would be made, saying none of the negotiations is yet to yield any result. 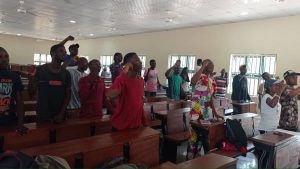 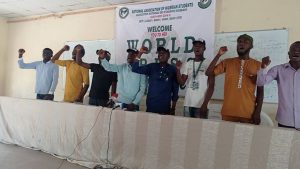 The Association also dissociated itself from the agitation by some student’s group calling on Academic Staff Union of Universities to call of it’s strike stressing that Nans Southwest is in total support of the ongoing actions by Lecture.

The Body declared it full support for the Academic Staff Union of Universities as well promised to walk with the Union at a given date.