Hundreds of students of the University of Benin, Edo State, have trooped out en masse on Wednesday to protest the ongoing strike action of the Academic Staff Union of Universities.

It would be noted that on Tuesday, The PUNCH reported that students equally protested around the University of Ibadan, Oyo State, calling for immediate reopening of public universities across Nigeria.

In UNIBEN, the students , who protested around the university’s gate and its environs, had declared what they called ‘UNISTREET’, meaning that Nigerian students would now be  taking lectures on the streets with some of them acting as lecturers, all in a bid to protest school closure.

Protest was foiled at the University of Lagos on Tuesday as heavily armed security officials, including the men of the Nigeria Police Force, were stationed at the gate of the school.

The strike action of the lecturers which is entering its fourth month has left public universities shut since its inception following the lecture’s demands, which the Federal Government had, allegedly, not met.

ASUU had accused the government of poor commitment to the payment of earned academic allowance; the continued use of the Integrated Personnel Payroll Information System and refusal to adopt the Universities Transparency and Accountability Solution, among others.
See some pictures of the protest below: 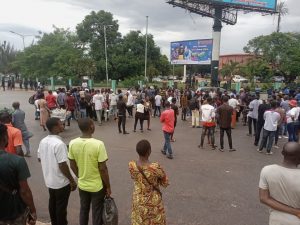 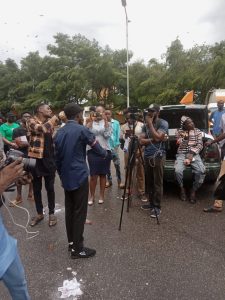 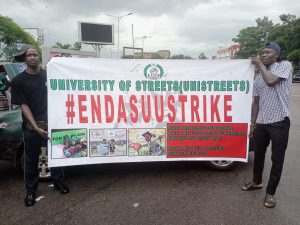 Previous post IMSU gets NUC Full Accreditation for Medicine And Surgery, Optometry, Others
Next post We don’t know why ASUU is on Strike, says FG